Can sin be managed?

Maybe your power to defeat sin looks like this:


"Sin...confess..do better for a while, then sin again.Embarrassment, confess again, ask God to take away the desire, then sin again, confess again, sin again, confess again, shock, more determination to stop sinning, think about it a lot, examine it. Make promises, create some boundaries, sin again, now even worse than before. Despair, anger, shame, distance from God, guilt. self-condemnation, Self-loathing....sin again. Disillusionment, doubt, self-pity, resentment at God: Why doesn't he hear my prayers? Why doesn't he do something? More anger. The fear that we allow ourselves to get angry with God. Then real confession, heartfelt one, and a sense of cleansing. Ah, a new start. Things seem better. Yeah, I've finally got this sin under control. Oops, sin again..." -TrueFaced by Thrall, McNicol, Lynch 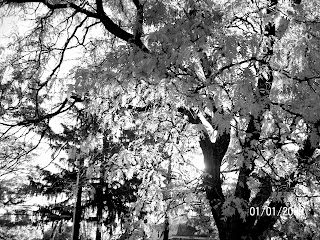 Question to you all:

Is it by your own power to defeat sin daily?

I think it's difficult to do anything by yourself without the guidance from God. Something as difficult as sin definitely needs some kind of support from God while you are doing your part too. Great question.

I have been searching for Christian-themed blogs that, rather than tell me what to think, instead prompt me to think and question and search further on my journey. So glad I ran across yours! Thank you for this! I'm a beginner and have found that blogging helps me. (And, in my experience, it's my reliance on my own power that gets me into trouble in the first place.)

Wonderful blog. I am searching awesome news and idea. What I have found from your site, it is actually highly content. You have spent long time for this blog. It's a very useful and interesting site. Thanks !

My suggestion, as long as we are still alive try to not sin, because sin will take us to hell. I like your opinion on. I wait your presence on my blog. http://skrtu.blogspot.com

Only by God's grace can we conquer sin!

Everything by God's grace alone.

Let us pray that God increases our love for Hin.

hello there you may also consider my thoughts http://thehootingmind.blogspot.com/2011/10/prayer.html

Its only by God's grace we can conquer sin and the Holy Spirit to guide us.

What a beautiful, inspirational blog you have...Thank you so much for everything you`re sharing :) God bless you!

The article is awesome. That is a wonderful insight on the subject and I must thank you for sharing. I shall come back again.