Violence In My Hood...

Over the summer, during my internship I learned a lot about violence and the injustice of the "system."

I am thinking of a statement I heard in Boyz in the Hood , "I saw on TV about violence overseas but in my hood there is violence. My brother got shot yesterday and it will never make the news" Either they don't know, don't show, or don't care about what's going on in the hood. They had all this foreign sh*t. They didn't have sh*t on my brother, man. (sorry for the curse words, for those that are offended). 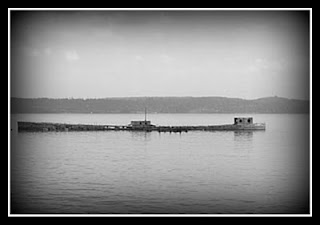 I was also thinking of when Christians decide to go oversea to tell of the Good News of our Savior Jesus Christ. I see nothing wrong with that, I just pray and hope we don't neglect the poor and violent neighborhoods that are in America.

I think of communities that are look down upon because of the way they look from the outside. They are run down, poor people, drunk people, people that do drugs etc. I heard from a staff member over the summer about a town we stayed in that someone said that a bulldozer should come through the community. Sad thing to say when there are people living there. Also said that someone thought that was a solution for the community.

It is true, that  there are some communities that wear their brokenness, on the outside while other communities keep their brokenness on the inside. Because a community is rich and upscale does not mean that there is no drug dealing, spouses cheating and abuse toward family members, people that get drunk. It is sad to me that we are so quick to judge a town and because of the violence that occurs daily, we choose to not enter a relationship with the the people that live there. We are so quick to start the conversation with "repent or go to hell." I do believe there is a better way to show the love of God. Relationship is important and when those that are not "saved" see a difference based on our actions they might begin to want to know who God is.

My prayer for Christians is that we not neglect poor communities in America. Just like the people overseas, there are people in America that need to know about Christ and His love for all people no matter what they done or how they live. In the poor communities people are trying to live. For them there community might be a "war zone" as they deal with hearing gun shots, children getting killed, women rape and so much more. Pray that as Christians we don't neglect communties that are poor.
- September 22, 2011

I so hear you on this. Every part of it. We need to love all of our communities here at home, as well as going abroad to share the Good News. visiting from 20sb.

Hi.. I'm a new follower via the friday blog hop. Would love for you to stop by and follow me back at Tips for Saving.
http://ourtipsforsaving.blogspot.com
Thanks and keep in touch

Your post so truly inspirational and totally true! I'm really glad I found your blog and I am now following you thanks to Friday Blog Hop, and it would be so nice if you could share the love back on my blog;)
Also today we have the coolest blog hop there is... no rules just fun and would love you to join in with us at Boost My Blog Friday, where you can meet lots of friends and have a great time:) See you there!
Happy Friday!

Turning the Clock Back said...

Following from the friday hops. Hope you have a chance to visit and follow back. Have a great weekend!

Thanks so much for sharing your faith in Jesus. Connie
http://bringingallthingsunderchrist.blogspot.com/