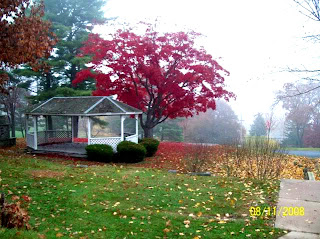 And who knows whether you have not come to the kingdom for such a time as this?" Esther 4:14
These are the words that Mordecai said to Esther when he knew that there were plans by Haman to kill off the Jews. Esther being married to the King was in a conflict. There was a law that if a man or woman go to the king inside the inner court would be put to death. Mordecai words was to point out to Esther that "who knows whether you have not come to the kingdom for such a time as this." Esther decided to put away all the fears she might had and began to fast and pray. Esther was a bold woman in which she said "I will go to the king, though it is against the law, and if I perish, I perish" vs. 16
I can't imagine my life being a tool in the hand of God. Can't imagine me playing a part in God's plans and purposes. I do find it amazing going through life, learning, growing, meeting new people, the ups and downs of life that my God is very much present, even though it might not seem to be the case. For Esther, God was present in her life and He was with her and His people. He did not leave her, but He was there with Esther.
I want to be a bold woman, (just like Esther) that when faced with a situation that I will run to God. I know that my God is able to fight my battles. I don't have to be alone in a situation that is out of my control. I want to walk by faith and always trust in the Creator of the world.
When I think of the words from Mordecai, "And who knows whether you have not come to the kingdom for such a time as this?" I think back to when I was younger and would question God, why He put me on this earth? I felt when I was younger that I was "no good" and not worthy to live any longer. I use to feel that way but getting to know my God I know there is more for me. I know that God put me in this life for a reason. It is no mistake why I was born to family I now have, born the with a hearing problem, no mistake about my height, my personality, no mistake about the people who came into my life, and no mistake with all the life situation I have went through. I know I am not a mistake.  I also know that God can use me in this life and I just want to say "yes" and to follow Him knowing that He is present in my life.
- July 19, 2010