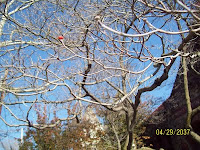 Question to ask yourself:

*What was your life like before He redeemed you?
*How did God bring you to the end of yourself, to the place where you cried out to Him for mercy?
*What has changed since He delivered you from your slavery to sin?

For me personally, the Lord has been very gracious to me and for that I have so much to be thankful for. I remember when I was younger, feeling depressed and lonely. I saw myself as a person that was not worthy of anything. I cried a lot and I hated myself. I give thanks to God for letting me know I am not alone. I have Him and I have family and friends. I am thankful that the Lord show me His loved because for a long time, I did not feel loved. I thought everyone hated me, and the reason was because people teased and called me names. I truly thought there was something wrong with me. I felt ugly, after all people would call me ugly. I thank God I know what and where true beauty comes from. I 'm thankful for all the times I have cried and God made it known to me, He cares for me. I contemplate suicide a lot, and it hurts, because I thought I was alone and that no one cared for me. But God has been there and still is with me. I know He loves me. I am thankful that I am able to share my testimony. I know that I am going through and have gone through issues and pain, so one day I will be able to tell others. Thank You Lord!!!

Bible Verse:
Psalm 107:1-32 (English Standard Version)
1 Oh give thanks to the LORD, for he is good,
for his steadfast love endures forever!
2Let the redeemed of the LORD say so,
whom he has redeemed from trouble
3and gathered in from the lands,
from the east and from the west,
from the north and from the south.
4Some wandered in desert wastes,
finding no way to a city to dwell in;
5hungry and thirsty,
their soul fainted within them.
6Then they cried to the LORD in their trouble,
and he delivered them from their distress.
7He led them by a straight way
till they reached a city to dwell in.
8 Let them thank the LORD for his steadfast love,
for his wondrous works to the children of man!
9For he satisfies the longing soul,
and the hungry soul he fills with good things.

10 Some sat in darkness and in the shadow of death,
prisoners in affliction and in irons,
11for they had rebelled against the words of God,
and spurned the counsel of the Most High.
12So he bowed their hearts down with hard labor;
they fell down,with none to help.
13 Then they cried to the LORD in their trouble,
and he delivered them from their distress.
14He brought them out of darkness and the shadow of death,
and burst their bonds apart.
15 Let them thank the LORD for his steadfast love,
for his wondrous works to the children of man!
16For he shatters the doors of bronze
and cuts in two the bars of iron.

17Some were fools through their sinful ways,
and because of their iniquities suffered affliction;
18 they loathed any kind of food,
and they drew near to the gates of death.
19Then they cried to the LORD in their trouble,
and he delivered them from their distress.
20He sent out his word and healed them,
and delivered them from their destruction.
21 Let them thank the LORD for his steadfast love,
for his wondrous works to the children of man!
22And let them offer sacrifices of thanksgiving,
and tell of his deeds in songs of joy!

23Some went down to the sea in ships,
doing business on the great waters;
24they saw the deeds of the LORD,
his wondrous works in the deep.
25For he commanded and raised the stormy wind,
which lifted up the waves of the sea.
26They mounted up to heaven; they went down to the depths;
their courage melted away in their evil plight;
27they reeled and staggered like drunken men
and were at their wits’ end.
28 Then they cried to the LORD in their trouble,
and he delivered them from their distress.
29He made the storm be still,
and the waves of the sea were hushed.
30Then they were glad that the waters were quiet,
and he brought them to their desired haven.
31 Let them thank the LORD for his steadfast love,
for his wondrous works to the children of man!
32Let them extol him in the congregation of the people,
and praise him in the assembly of the elders.

I'm so glad that you are no longer believing those lies from the enemy!

Before I was saved, I had so much pride. Ugh! But, thank God for His grace and He has humbled me so much.

Thank you for the visit! I will be following your blog too!

Thanks for the questions. They really brought me back to the time before God did redeem me!