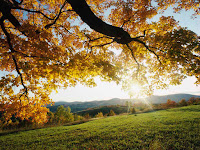 God has bless with a mentor for my second year in college. This young woman name is Khambye and I am so thankful for her. She is a graduate of Nyack College Seminary and now that she is graduated, I will miss her when she moves back to California. This woman has pour into my life and I have learn so much from her. On our last meeting me and the other mentees made her a scrapbook and wrote her a letter. That night she gave us a song called "Legacy" by Nichole Nordeman the lyrics are below:


I don't mind if you've got something nice to say about me And I enjoy an accolade like the rest You could take my picture and hang it in a gallery Of all who's who and so-n-so's that used to be the best At such'n'such ... it wouldn't matter much
I won't lie, it feels alright to see your name in lights We all need an 'Atta boy' or 'Atta girl' But in the end I'd like to hang my hat on more besides The temporary trappings of this world
I want to leave a legacy How will they remember me? Did I choose to love? Did I point to You enough To make a mark on things? I want to leave an offering A child of mercy and grace whoblessed your name unapologetically And leave that kind of legacy
I don't have to look too far or too long awhile To make a lengthly list of all that I enjoy It's an accumulating trinket and a treasure pile Where moth and rust, thieves and such will soon enough destroy
Not well traveled, not well read, not well-to-do or well bred Just want to hear instead, "Well Done" good and faithful one...

I have been thinking about legacy lately and wondering what people will say about me when I am gone. I wonder if I will be known for being a godly woman or not. I was not surrounded by godly woman of God when I was younger. It was only a few years ago that godly woman were put in my life. I want to leave a godly legacy. I know it might seem strange for most people to hear or to know this but it is true. I want be known for showing love to all people, showing Christ like love. I have a desire to one day adopted children and grow them in a christian home. I did not grow up in a Christian home, but I am praying for the privilege to pour into the children the Lord will give me one day and children that I will be surrounded by in the work that I want to do. I want to be known as a young woman of God that is known for her love for Christ, obedience to Him and a prayin woman of God. A woman that was connected to Him and had a relationship with Him. I want to be easily recognize by the Lord when I see Him.
- May 13, 2009

Hey Asia, I completely agree with you. It is very important to be an example to people like 1 Timothy 4:12 says-Let no man despise thy youth; but be thou an example of the believers, in word, in conversation, in charity, in spirit, in faith, in purity. (KJV) We need to live a life so that people are given a godly example.
God Bless You!!!
Susie